Josie (Jennifer Connelly) pretends to join up with Nestor & Gil (Dermot and Kieran Mulroney) in their robbery scheme, and helps them accumulate a large amount of merchandise. After Nestor threatens Jim (Frank Whaley) with murder should he rat them out, they head out behind the store to load the stuff into Nestor & Gil’s car. However, as Nestor & Gil are loading it up, Josie jumps into the driver’s seat and takes off on them.

Angry about being duped, the crooks head back into the store with their guns drawn to take out Jim. However, Jim has already armed himself with a shotgun stored in the head custodian’s locker, and he uses it to force them into surrender. He ties them up and calls the cops, and then leaves with Josie when she returns soon after. When Officer Don (Barry Corbin) comes by, he finds the tied-up crooks with a newspaper clipping of one of their previous crimes on them, and he arrests them.

Jim and Josie move out to Los Angeles together, like they planned, and they are last shown enjoying their new existence. 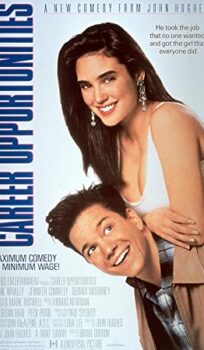