Ben (Sean Biggerstaff) falls for his co-worker Sharon (Emilia Fox), and a kiss from her brings an end to his insomnia. Soon after that, he gets a call from art gallery owner Alex Proud (Jared Harris), who tells him that he saw some of his art at the university and wanted to showcase more of it in his gallery, and arranges a meeting with him to discuss more about it. However, Ben doesn’t know that it was just his co-worker Matt (Michael Lambourne) playing a prank on him.

Not long after, at his boss Jenkins’ (Stuart Goodwin) birthday party, he encounters his ex-girlfriend Suzy (Michelle Ryan), who was invited since the guy she’s now dating is Jenkins’ younger brother. A little later on, Suzy chats with Ben and tells him that she wants to rekindle their relationship, and kisses him. Ben turns her down, but Sharon sees them kissing and misinterprets what is going on, and leaves in anger. He goes to her apartment to try to explain what happened, but she refuses to listen to him. He gets depressed again, his insomnia returns, and Sharon soon quits the supermarket.

He goes to the art gallery and meets with Alex Proud, but even after he figures out that someone played a joke on him, Alex still checks out his artwork. Impressed with what he sees, Alex eventually arranges an exhibition of Ben’s artwork for real, and Ben sends Sharon an invitation.

There is a large turnout at the exhibition, and as Ben is talking to the owner of a New York art gallery about showcasing his artwork there, Sharon shows up. Sharon notices that all of Ben’s art features her, and she knows now just how deep his feelings are for her. They talk, where Ben learns Sharon quit the supermarket to go work at a travel agency (in order to move one step closer to her dream of going to South America), and that she isn’t mad at him anymore. He eventually kisses her, stopping time for him and her, and they go outside amidst the stilled falling snow and kiss again. 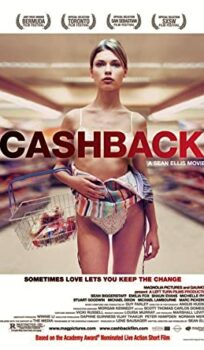