Gray Wheeler’s (Jennifer Garner) fiance Grady dies in a boating accident. Bereft and without a place to live, she moves in with her fiance’s two friends, Sam (Kevin Smith) and Dennis (Sam Jager), and their childhood friend Fritz (Timothy Olyphont), who is temporarily in town from LA for his friend’s funeral.

Right off the bat, we learn Fritz is willing to have sex with a member of the catering staff in the bathroom at his friend’s funeral reception.

Gray finds out her fiance had an undisclosed large bank account and was sending checks to a single LA massage therapist Maureen (Juliette Lewis) whose four-year-old son Matt looks a lot like Grady.

When the massage therapist comes to town to demand her regular support payment, and Gray learns that everyone knew about her fiance’s dalliance — and son — with the woman but her.

Grady’s mom demands that the child submit to a DNA test to determine if he is an heir to Grady’s fortune.

After a lot of disjointed planning for a “peace garden” in the dead man’s memory, Gray rejects Dennis’ love for her and instead falls under the spell of bad-boy Fritz. Dennis catches Fritz and Gray coming back from a date, and when Dennis confronts Gray, she says her relationship with Fritz is “less than nothing.” Hearing this, Fritz packs up and moves back to LA.

At the dedication of the peace garden, Dennis announces to Sam that he plans to move out on his own; Sam invites Maureen and Matt to move in with him; we learn Matt fails the DNA test and isn’t Grady’s heir; Grady’s mother gives Maureen Grady’s money anyway;  and Gray takes off to LA to find Fritz.

Gray arrives at Fritzs’s apartment in Malibu and finds him playing catch with his dog. He turns, kisses her, and asks “What took so long?” They embrace. 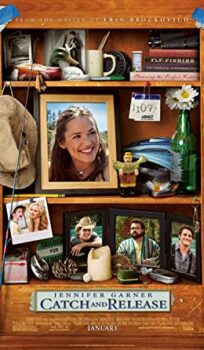