Another scientist publishes about their discovery first. Isaac (Patrick J. Adams) decides to instead search for signs of alien technology instead of habitable worlds, but finds nothing. Clara (Troian Bellisario) projects an image of the stars on the wall and urges him to pick one at random by trusting his feelings. He does, but rejects the idea as meaningless.

Clara dies of the autoimmune disease she’s been hiding from Isaac. Mourning, Isaac examines new data from the star he chose and finds evidence of an object artificially held in orbit around one of its planets – an alien space station. He brings his find to Charlie and Rickman.

Two years later, Rebecca (Kristen Hager) tells Charlie ( Ennis Esmer) that they’ve received a message from the aliens. It’s his name, in Morse code, transmitted by the same quantum coupling that Clara told him about. The aliens send a second message in audio: the Bob Dylan song he and Clara danced to. 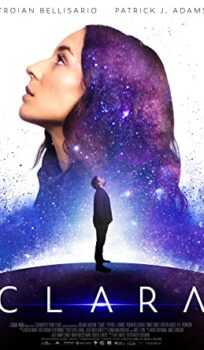