John Graham (Robert Preston) is head of the British military cryptography unit, decoding secret messages.  He served in an elite military unit in World War II, training underground anti-Nazi forces in France.  His wife gets run over. His wife was alive under the car, but rather than allowing her to be saved, the driver hit the gas to escape, dragging her to her death.  Graham is obsessed with tracking down the couple in the car for his revenge.

The car was stolen, and the police have nothing to go on.  Graham uses all his military and espionage experience.  He determines that the killer was escaping from an unsolved robbery.  Graham identifies the robber as a boxer named Mickey.  Graham tortures Mickey into identifying the woman in the car, Lorna.  Graham then releases Mickey into a narrow alley, with no exit.  As Mickey runs for it, Graham runs him down and kills him. Graham dropped a paper at the scene of the murder. It is in Graham’s own private code.  Believing this note will solve the crime, the police take it to the cryptography unit headed by Graham.  Graham now knows he has little time to get revenge with the police after him.  Graham tries to mislead his staff, so they do not solve the code.

The police grab Lorna before Graham can get to her.  While she is being driven to jail, Graham disables the police car.  As she is being moved to another car, Graham runs her down, dragging her to her death.

The police realize that whoever killed Mickey and Lorna was covering his tracks with the same techniques they taught the underground in WWII. They start looking at members of that military unit, and realize that it must be Graham looking for revenge.  They go to arrest him.  Graham has a pin with cyanide, but they know he will try that and stop him.  He will have to face trial, and probably be hanged for murder. 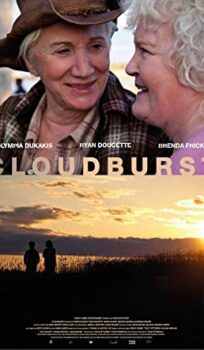