Richard Dane (Michael C. Hall) didn’t kill Ben Russell’s (Sam Shepard) son. The man in the grave is someone else. Thanks to the help of Jim Bob Luke (Don Johnson), a private eye and friend of Ben, the three learn that Ben’s son Freddy got in deep with the Dixie mafia and turn state’s evidence in return for immunity.

When they try to track him down, Richard and Jim are horrified to discover a collection of pornographic snuff films starring Freddy. Richard suggests calling the cops but Jim believes the cops know and are willing to look the other way to protect their star witness. Ben sees the tapes and is devestated by his son’s actions. Holding himself personally responsible for what his son has done, Ben resolves to kill his son.

Ben, Richard, and Jim follow Freddy and his men to an isolated house where they plan to shoot another “video.” The three kill Freddy’s men but when Ben hesitates killing Freddy, it gives Freddy the opportunity to shoot Jim, Richard, and Ben. Just as he is about to finish them off, Ben mortally wounds his son, then shoots him the head. Ben then sobs and then shortly dies of his own wounds.

Richard and Jim leave the house, saving the woman who was to be the crew’s next victim. Jim recovers from his wounds while Richard returns to his family. 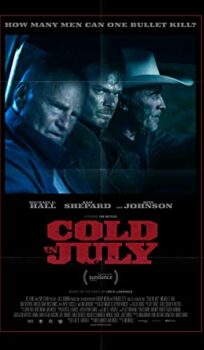