Then, in the basement/boiler room area of the main complex, he encounters Bennett (Vernon Wells), who is holding Jenny (Alyssa Milano) hostage. Matrix encourages him to let Jenny go and fight him one-on-one, which is an offer Bennett can’t pass up. After a tough fight, Matrix kills Bennett by impaling him with a piece of steam pipe.

Soon after, General Kirby (James Olson) arrives on the island with a military detachment. He asks Matrix to start up his military unit again, but he declines, preferring to stay retired. He, Jenny, and Cindy (Rae Dawn Chong) then board the seaplane he and Cindy came in on and fly off into the sunset. 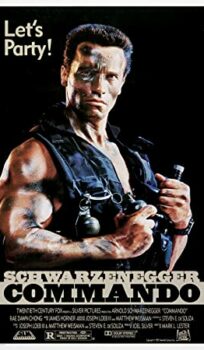