Mine workers open a tunnel into an underground cavern and are attacked by dinosaurs.  Two are killed, but the foreman, Quaid, throws an explosive that seals off the passage.  Evil rich guy Marcus wants to get richer off the iridium in the mine.  He has them blast open the mine again.  Multiple raptors, a T-rex and a triceratops are released from the mine.  They attack the town killing many people.

All the bad guys (Marcus, his assistant and the corrupt sheriff) are killed by dinosaurs.  The hero, Val, kills many dinosaurs, and lures the remaining dinosaurs back to the blast crater.  They throw another explosive, again sealing the dinosaurs below ground. 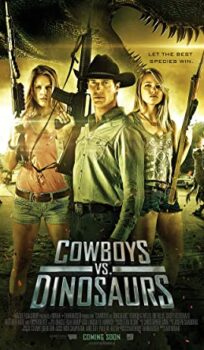