Bad Blake (Jeff Bridges) and Jean (Maggie Gyllenhaal) do not get together. After Bad temporarily loses Buddy (Jack Nation) in a Houston shopping mall, Jean no longer trusts Bad because of his alcoholism. Even though Bad cleans up with the help of bar owner Wayne (Robert Duvall), Jean chooses not to continue their relationship.

Bad writes a hit song for Tommy Sweet (Colin Farrell) and gets a sizable royalty. When Tommy performs it at a concert sixteen months later, the now-married Jean shows up as a journalist. Bad gives her the royalty check to put in trust for Buddy until his eighteenth birthday. The film ends with the two sitting on a picnic table outside the concert hall with Jean interviewing Bad once again. 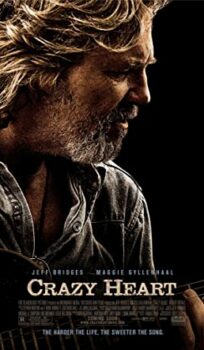