Lloyd’s (Matthew Rhys) experience interacting with Mr. Rogers (Tom Hanks) to develop and write the article requested by his editor Ellen (Christine Lahti) proves to be a life-changing one for him. He opens up to his wife Andrea (Susan Kelechi Watson), promises to be a better dad to their son Gavin, decides to forgive his estranged father Jerry (Chris Cooper) -who, in turn, deeply apologizes to Lloyd for his past behaviour and the damage it cause, and tells him he always loved him- and brings him to his house to recover. It is here Lloyd learns that Jerry is dying of cardiac stenosis and won’t have much time left.

Lorraine (Tammy Blanchard) and her husband Todd (Noah Harpster) come over and Lloyd also makes amends with them for his behaviour at their wedding. With the family reunited, Rogers and his wife Joanne (Maryann Plunkett) show up for a visit and, while they’re all together, Rogers reassures them that death, as uncomfortable and heartbreaking as it is, is also a very human and manageable part of life. Before leaving, Rogers whispers something to Jerry’s ear, which he later reveals to Lloyd it was for Jerry to pray for him. Jerry dies peacefully after this.

At the funeral, Lloyd offers Andrea to slow down his workload for a while and stay home with Gavin. Also, his article, a 10,000-word piece (well above the minimum 400 Ellen demanded), called “CAN YOU SAY… HERO?”, is published and becomes a success.

It is to be noted that the scenery changes throughout the movie happen giving the impression of a set piece from Mr. Roger’s TV show. In the end, he wraps up the story as if he had narrated it, episode-style, telling the audience how Lloyd’s life improved and they all became again one big, happy family. As the crew wraps up around him slowly, he plays the piano, bangs the keys -as he said he always did, to manage his emotions- and finishes playing a calm tune. 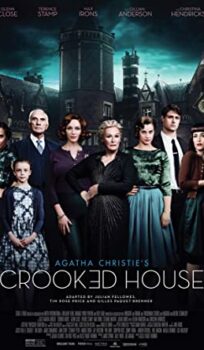