After having sex in Bruce’s (Paul Reiser) apartment, David (Martin Short) and Kathy (Annette O’Toole) find out about each other’s secrets and lies (though David’s are more abundant and worse), and as a result, the prospect of a fourth date looks to be non-existent. However, things begin to change for the better when they first start being more open and honest with each other (particularly David), and then when they notice the fake parking attendant (Lee Arenberg) that stole Bruce’s car pulling into a nearby general store with it. David confronts him inside and gets the keys back without incident.

They then head back to Bruce’s apartment building so Kathy can retrieve her bra, which David accidentally threw out of one of the windows before they had sex. He finds it, but then he finds himself staring down the barrel of a gun belonging to Susan (Corinne Bohrer), a tenant who lives two floors beneath Bruce. He and Kathy yell to Bruce for help, and he comes out onto his balcony and sees them. As they get Bruce to confirm to Susan that he knows them, they tell him that his car had been stolen, but David got it back, and David promises to come by tomorrow and fix the damage he did to his place over the course of the date. They then head back to the car while Bruce asks Susan if she wants some company, and she says yes. Before David takes Kathy home, he gives her some sunglasses as a little gift, and he tells her that he wishes they could do the whole date over again, and she agrees.

The next day, David goes over to Kathy’s house in his car, and when they meet at the door this time around, he tells her that he is unemployed, and she introduces her daughter Jessica (Jessica Puscas) to him. She then invites him in, and the movie closes with him going inside. 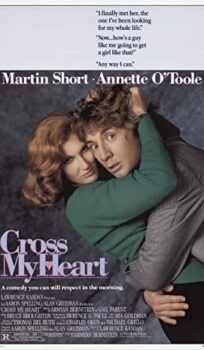