Lee Leung (Simon Yam) was manipulated from the beginning. None of his victims were suicidal. His lawyer, Mr. Yip was the true mastermind. He forged the posts in the suicide forum for Lee to find, to get rid of people he hated. The family man was actually Mr. Yip’s terminally ill father who he wanted dead for the years of abuse he inflicted on him and his mother. Mr. Yip had the musician killed because Mr. Yip was in love with Ai, his girlfriend, and was jealous of his musical talent. After his death, Ai gets with Mr. Yip only to break up with him. He was the one who leaked their sex video and set her up to die. Lee only turned himself in after Ai’s death because she regained consciousness and Lee was forced to drown her and thus her death was not “peaceful”.

Mr. Yip thinks he is going to get away with it but the police and Professor Cheung (Kenny Wong) have figured out his connections to the victims and have him arrested for murder. Lee is left knowing he did not kill out of mercy, nor God’s will, but rather the selfish whims of another man. 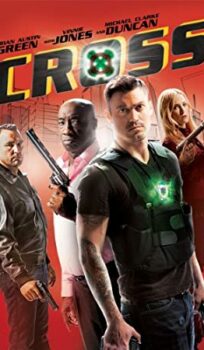