Monty (Idris Elba) is a mechanic with tree daughters.  His hateful ex-wife has married a local drug dealer.  The drug dealer keeps getting arrested but ultimately never goes to jail because the community is too scared to testify against him.

Meanwhile, Monty has met Julia (Gabrielle Union), a successful but lonely attorney who is trying to help him get custody of his girls.  During the trial, it comes out that Monty is a registered sex offender, which seriously hinders his chance of winning.  However, the truth is that he was a senior in high school and slept with a rich white girl, and she told her dad that he raped her after he refused to start a relationship with her.

At the film’s climax, his three girls come home in the middle of the night after their stepfather beats them.  Monty retaliates by driving his car into their car while they are driving home with some drugs.  He pulls the stepfather out, and beats him.  The stepfather’s goons beat Monty.  Then, everyone else in the neighborhood beats on the goons, having taken their abuse for too long.  This results in a riot that makes the news.

At the concluding trial resulting from the riot, the stepfather and the ex-wife end up going to jail for their part in the riot ,as well as drug possession, after all of the residents in the neighborhood band together to testify against them.  Nobody testfies against Monty for his involvement, resulting in his acquittal.

With the ex-wife in jail and with Julia contesting the details about the sex conviction, Monty ultimately regains full custody of his kids. 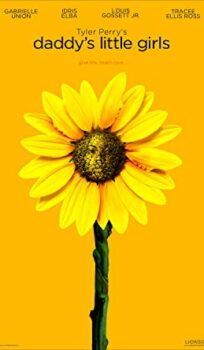