John Dunbar/Dances With Wolves (Kevin Costner) decides to give up his life in the US Cavalry, and to migrate with the Lakota Sioux tribe that has adopted him. When he realizes that he left his journals back at the fort, he returns to retrieve them so that the Army won’t figure out where he’s gone. Unfortunately, in his absence, a squad of reinforcements has arrived. They take him captive, and promise leniency in his trial for desertion if he leads the soldiers to the tribe. He refuses, and is severely beaten.

As he is being transported back east, some members of the tribe who came back to look for him rescue him; Smiles A Lot (Nathan Lee Chasing His Horse) kills one of the soldiers, getting his wish to be a man, but realizing how painful it is.

Dunbar goes to the tribe’s winter grounds, but tells them that as long as he’s with them he poses a danger to the tribe. He and Stands With A Fist (Mary McDonnell) go back to try to get the white men to make peace with the Sioux.

As the credits roll, an epigraph says that within 13 years, Sioux culture had been destroyed; those who fought were killed, and those who surrendered were put on reservations. 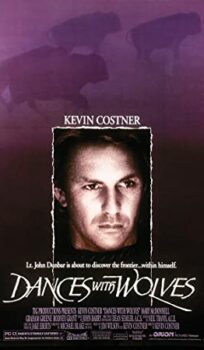