Long Ending:
Based on a true story. LouAnne Johnson (Michelle Pfeiffer) is a former marine (amongst other things) and recently divorced. Her friend Hal Griffith (George Dzunda) convinces her to take a job teaching at an inner-city school. She is immediately put in charge of a class of unruly students that have driven away their prior two teachers. None of the traditional disciplinary tactics she has learned work on the students and the subject (English) bores them.

Ms. Johnson gets some guidance as to how to reach out to the class from a bright but quiet student named Callie Roberts (Bruklin Harris) and sage advice from Hal. She begins resorting to unusual methods to reach her students, including having them analyze the grammar of sentences like “I choose to die,” doing weekly karate demonstrations to keep them engaged, rewarding them with candy bars for correct answers, giving them all an “A” grade and challenging them to keep it, getting them interested in poetry by studying Bob Dylan lyrics and offering a fancy dinner reward to the group with the best analysis, and paying herself for the entire class to go to an amusement park to reward them for their hard work. Nonetheless, the cool kid of the class named Emilio (Wade Dominguez) remains sullen and disruptive, even picking fights with several of his classmates. When Ms. Johnson confronts Emilio, he asks her how she can save him from his life. She has no answer.

Ms. Johnson also begins visiting the students at their homes and infusing her lessons with messages of self-empowerment. These efforts have a particularly beneficial effect on Raul Sanchero (Renoly Santiago), the first person in his family that has a chance of graduating high school. She even gives Raul a loan to help him payoff a debt he owes to a local hustler (on the condition he repay the loan the day he graduates). Ultimately, even Emilio buys in to her lessons (and with him engaged, the rest of the class follows suit). Many of her methods irk the principal George Grandy (Courtney B. Vance), who values formality and image over actual student engagement.

Things soon take a turn for the worse. Callie reveals that she is pregnant and Ms. Johnson learns that Mr. Grandy convinces her to drop out so that they don’t have to deal with a pregnant student. Ms. Johnson tries unsuccessfully to get Callie to stay in school (Ms. Johnson also reveals that her ex-husband beat her and she aborted their child together). Another student is pulled out of school by his grandmother who thinks Ms. Johnson is a disingenuous person preying on poor minorities and that her lessons won’t lead to a better future. Emilio’s girlfriend tells Ms. Johnson that another student is planning to kill Emilio over a dispute (she had dated this other student before Emilio). Although Emilio is hesitant, he accepts Ms. Johnson’s offer to spend the night at her house so that his rival will be unable to find him on the streets.

That night, Ms. Johnson implores Emilio to turn his rival in to Mr. Grandy by revealing to Mr. Grandy that the other student has drugs on school premises. She says that as the other student is a minor, he won’t go to jail for too long, but long enough that the dispute will be forgotten and neither boy will die. She reminds Emilio that he asked how she would save his life and says that this is the way his life will be saved. The next morning, she awakens and finds Emilio gone. She rushes to school and, much to her relief, learns that he stopped by the office to see Mr. Grandy as she had suggested. But Mr. Grandy says he sent Emilio away without talking to him as Emilio failed to knock before entering the office (Mr. Grandy had a rule that nobody could enter without knocking). Later that day, it is revealed that Emilio confronted his rival after Mr. Grandy turned him away and was fatally shot to death. 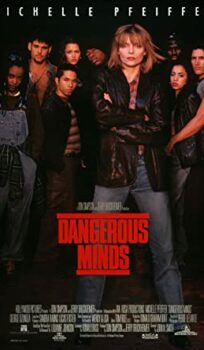