Richard (Paddy Considine) kills the entire gang, apart from Mark (Paul Hurtsfield) whom he leaves for last. Richard takes him to the ruined castle where the gang took Anthony. When they get there, we see a flashback which shows that the gang hanged Anthony; he’s been dead all this time and he’s only in Richard’s mind. Richard wants Mark to stab him, because he admits he can’t control himself and he knows he will hurt Mark, his wife and his kids if he stays alive. Mark, who’s the only member of the gang to show remorse for what they did, stabs Richard to death and drives away. 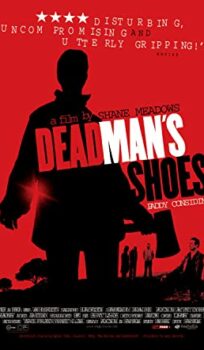