As Team F is making preparations for the Snowstorm Survivor Competition, Vanessa (Savanah Wiltfong) gives Hercules (Zane Huett) a permission slip from Principal Applebomb (Beth Grant) and tells him that the school won’t let him compete alongside them unless his mother signs it. When Hercules shows it to his parents, along with a note revealing how he has been spending his supposed time at the Rifle Club with Team F, they refuse to even consider letting him participate, out of a combination of their wildly overprotective natures and their disappointment over how he lied about attending the Rifle Club. On top of that, they also tell him that he is barred from seeing Vanessa again, thinking her to be a bad influence. The following day, Hercules – undoubtedly believing that he will never escape his over-sheltered life – goes into the garden shed in his backyard with his rifle and shoots and kills himself, which Vanessa overhears. Vanessa sinks into a days-long depression afterwards, and she gives up her imaginary friend Lemon Lima, to whom she pens every diary entry she makes.

As Nothing (Maia Lee) and Samantha (Vanessa Marano) are paying her a visit one day to comfort her, Vanessa’s mother Terri (Eleanor Hutchins) gives her a postcard from her Yupik grandmother that has an image of the Bladder Festival being performed. Terri explains that the Yupiks believe that nothing ever truly dies, so when a hunter kills a seal, he keeps the bladder so the soul can be alive in it, and then puts it into the sea so the soul can be reborn. Inspired by this, Vanessa and the rest of Team F perform a ceremony for Hercules by putting a candy heart reading “soul mate” onto a remote-controlled toy boat and sending it down a local river towards the ocean. Megan (Meaghan Martin) – a girl that Philip (Shayne Topp) courted after dumping Vanessa but who ended up dumping him after realizing what a self-important jerk he was – shows up in the midst of it with flowers for Hercules, and she tells Vanessa that she had known him for most of her life and she liked how Vanessa picked him to be on Team F because no one ever picked him for anything. She then asks Vanessa if she can join her team in Hercules’s stead, and Vanessa agrees to it.

While the competition is underway, Emmaline (Jada Morrison) and Lynne (Taylor Finlon) mention to Megan that Samantha had told them all that her father – whom she claims is a famous rap singer – will be sending a limousine to pick them up once the competition ends, but none of the girls believe her due to her history of being a pathological liar. Team F wins three of the first four events, tying them for first place with the Growling Grizzlies – captained by Philip – as they go into the final event, which is the dance competition. Vanessa and Philip are pitted against each other, and Vanessa’s Yupik igloo dance is better received than Philip’s Inupiaq walrus hunting dance, giving Team F the victory.

At the award ceremony, Team F finds out that Samantha wasn’t lying about the limousine when one pulls up nearby to get them, and they decide to take off without collecting their trophy. Vanessa and Philip phase each other out of their lives for good, and the movie ends with Team F hanging out back at the river where they performed their ceremony for Hercules. 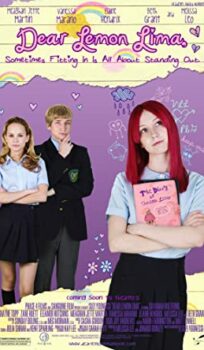