After Lucy sleeps with Maps (Daniel Radcliffe), she leaves the cove without telling him.

It’s discovered Fearless and Teresa cannot have children due to an accident they had when they had a motorcycle act together in the circus. Also, Fearless is not the motorcycle rider they saw at the beginning of the movie as is assumed, but does menial jobs at the circus.

Fearless and Teresa choose Misty to adopt, but he realizes he already has a family in the three other boys, ends up asking not to be adopted and all four boys return to the orphanage.

The movie flashes forward to when the boys are old. Spit, Sparks and Misty come back to the cove to spread Maps’ ashes; he died after becoming a priest and going to Africa. 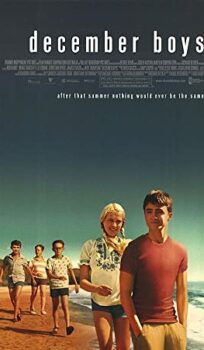