Bennie (Meldra Walters) is actually an FBI agent planted to get to Banks (Kiefer Sutherland), a ruthless assassin.

When the day for his kill arrives, we find out Bennie has actually been scheming with fellow FBI agent Marbury to steal Banks’ payoff money and flee together. They pull it off, but Bennie doesn’t kill Banks and he escapes.

Later, Bennie and Marbury are planning to leave on a private plane deep in the desert and congratulating themselves. The camera pans back, and we see a shot of the ground, and Banks’ boot steps into view. He dusts off his boots with a handkerchief as he did in the film’s opening, his hand bloody from when Bennie shot him, and the screen goes black. We hear a gunshot reminiscent of the one in the film’s opening. 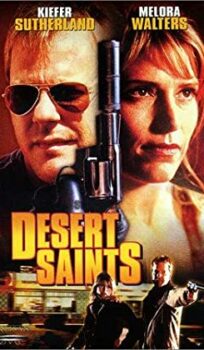