The film is a dramatized account of the week of the 12th Street riots in Detroit in 1967.

The riots begin following a police raid on a speakeasy. A major incident occurs when police raid the Algiers motel after seeing gunfire come from there. Three African American men (Carl Cooper, Aubrey Pollard, and Fred Temple) are murdered by three white patrolmen, and three other men and two white women are assaulted.

The officers are put on trial but all are found not guilty. Two of the victims’ families sued the city and the officers for wrongful deaths and were granted settlements. The entire ordeal is regarded as one of the most violent and tragic occurrences in American history. 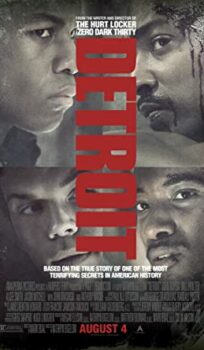