After being lead to believe that Jackson (Scott Eastwood) is on a noble mission to save his kidnapped wife, the truth is revealed. Jackson, in actuality, is a mentally unstable Civil War veteran, driven insane by his actions during the war and the accidental shooting of his younger brother. The mysterious stranger, Erza (Walton Goggins) that had been stalking him, is actually his violent, psychotic personality doing the killings. Jackson kills many people including his former comrade Benjamin Carver (Danny Glover).

When Jackson confronts his “wife” Alexsandra (Camilla Belle) she is frightened by him, and we find our that Jackson kidnapped her (and perhaps other women). She and the other men that “took” her race to their family estate to hide. Jackson arrives and kills many men including Alexsandra’s brother.

Finally confronting her, Alexsandra asks why he did what he did, considering she already had a husband. Jackson said he had to have her. Alexsandra tricks him into kissing her then shoots him once with one of his own guns. Returning her husband, Guillermo (Jose Zuniga), he and Jackson find themselves in a standoff. Guillermo pleads for him to stop, that no one else has to die. Jackson smirks, then fires a shot. The screen goes black and we hear Alexsandra scream in horror. Another shot is heard and she goes silent. In his madness, feeling betrayed and realizing he will never have her, Jackson kills them both. 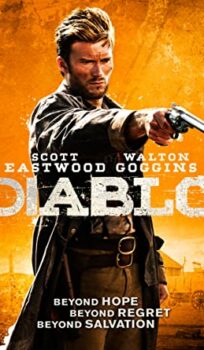