Like in the 1955 original, the mistress, Nicole Horner (Sharon Stone) and the husband, Guy Baran (Chazz Palminteri) faked his death in order to scare the wife, Mia Baran (Isabelle Adjani) to death when she sees the “corpse” walking. However, this time around, the mistress has second thoughts and begins to sympathize with the wife. This leads the husband to attempt to murder both of them. The two women team up, and are finally able to drown him in the swimiming pool where his “corpse” was originally deposited. Police detective Shirley Voguel (Kathy Bates) arrives, and appears to know the whole sordid story. Having no sympathy for the deceased man, she makes it plain that neither woman will be prosecuted. 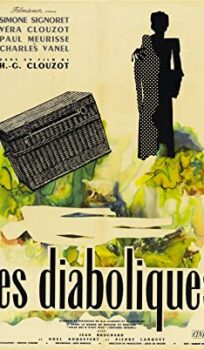