Just when everyone thinks that Roy Palmer (Lou Gossett Jr.) has won the tenth and final fight, John Gillon (Bruce Dern) says that technically because his son, Robby did not get into the ring, there were only nine fights. He then introduces the last fighter, a huge tough inmate from the prison.
As the fight starts, the final fighter exchanges looks with Gabriel Caine (James Woods); the fix is in. Roy knocks him out with a single punch. Gabriel wins all of the money (and pretty much the whole town). Gillon is punched out by the fighter who’s brother he had hanged. 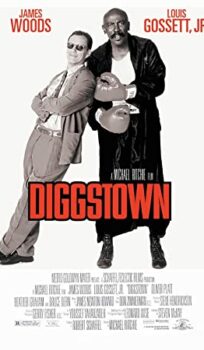