Several years after the ordeal with home intruders, former Navy Seal/kidnapper/rapist Norman Nordstrom (AKA “The Blind Man”) (Stephen Lang) has taken in a young girl that he named Phoenix after her home was destroyed in a fire. Her biological father, Raylan (Brendan Sexton III), has gathered a few goons to get her back from Norman. After they kill his dog, Norman manages to kill two of the goons, but Raylan still takes Phoenix with him after revealing the truth to her.

Phoenix (Madelyn Grace) learns her real name was Tara, and she meets her biological mother Josephine. However, the parents’ motives for finding their daughter turn out to be because Josephine’s organs were severely damaged after the explosion of their house (which was because they had a meth lab), and they want Phoenix’s heart for a transplant. Norman uses Raylan’s dog to guide him to Raylan’s home, where he kills all but one of the remaining goons since he was the only one who had a problem with what they were going to do with Phoenix. Norman kills the surgeon about to perform the task and causes Raylan to accidentally kill Josephine. Norman gouges out Raylan’s eyes before confessing his crimes to Phoenix. Raylan stabs him in the back, but Phoenix impales him before he can slash Norman’s throat. Phoenix stays by Norman’s side as he appears to die.

Phoenix goes off on her own to spend time with kids her age. It is also shown that Norman might still be alive. 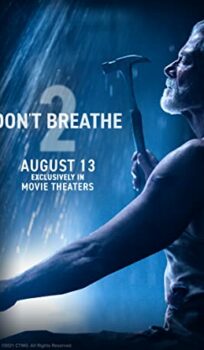