Nick (Bruce Greenwood), realizing that Lehman (Tommy Lee Jones) is on to him, shoots him. As he is about to fire a killing shot, Libby (Ashley Judd) appears, and shoots and kills Nick. From his ambulance stretcher, Lehman insists that she’s his prisoner, and that he won’t let her go until he obtains a Pardon for her. An epilogue shows her reuniting with her son Matty, who recognizes her (probably from photos) but doesn’t remember her. 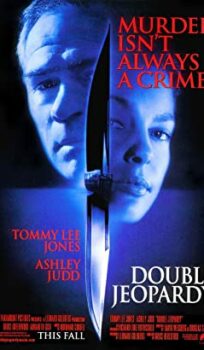