In the aftermath of the battle, Vlad (Luke Evans) is presumed dead and the Turkish army defeated, leaving Europe safe from invasion and occupation. Vlad’s son is crowned the new prince of Transylvania, and the name Dracula is passed down to future generations as a legend.

Finding him in his near death state, Renfield finds and revives Vlad, who then remains out of the public eye.

In the present day, a woman who strikingly resembles Mirena (Sarah Gadon) is approached by a man who complements her flowers and recites her favorite piece of poetry, seemingly by coincidence. The man introduces himself as “Vlad”, and the woman introduces herself as “Mina”, and the two depart together. The master vampire, who has not aged also, watches the two pass by and closes the movie by saying “Let the games begin”. 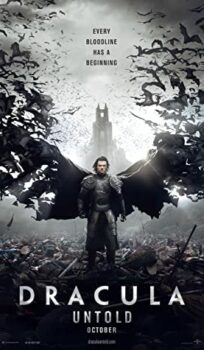