Ever since she was a child, Cheng Lai-Sheung (Josie Ho) has dreamed of an oceanfront apartment not only for herself but for her family.

However, life had continuously thrown her curve balls and years later, Cheng has been living paycheck to paycheck and stuck in an unsatisfying affair with a married man. When she finally has the money to buy the home of her dreams, a recent uptick in the stock market has made the owners ask for more money, more than she can afford. Being denied her dream once more, Cheng has a psychotic episode and proceeds to murder numerous tenants in the building, including most horrifically, the suffocation of a pregnant woman. In the end, Cheng is responsible for the deaths of 11 people in addition to an unborn child.

A little while later, Cheng gets a call from her realtor saying the owners are willing to sell at a discounted rate. Cheng then bargains the price even lower, given that a mass murder has occurred in the building (murders that she herself committed).

The film ends with Cheng ending her affair with the married man and moving into her dream home. She listens as the radio talks about the 2008 financial collapse and how it will cause many markets, including the housing market to crash globally. Cheng gets a subtle sad look on her face, likely feeling some regret/guilt about what she did. Ironically, it is quite possible had she been more patient, the market would have devalued the real estate to the point she could have still afforded the apartment without resorting to murder. 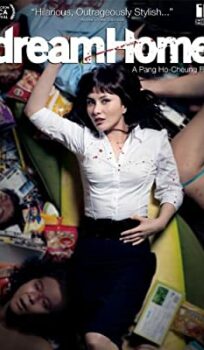