Lena (Madchen Amick) has not told the truth about a single thing(including the college she went to, ‘temps’ hired to pretend to be her friends, the bruises). She is with Larry (Fredric Lehne) in order to get close to and marry Ray (James Spader) to meet and get married. Then after she has him and kids, she wants his money. She basically gets him to slap her after telling him about her affair with Larry, then gets his shrink to say he is insane. The court rules in her favor and she gets his money and he is placed in an institution. When he tries to explain everything she has done, the court ignores it and keeps him in the institution. Ray is kept drugged in a mental institution and his only plan of escaping his nightmare, is to conspire with Larry’s wife Elaine (Armstrong) to come up with a totally insane plan to get revenge on Lena. The movie ends… 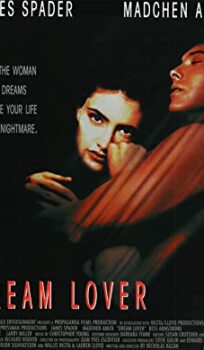