Driver (Ryan Gosling) is a stunt car driver/mechanic who also works as a get-away-driver (wheelman) for robberies. Although his life is droll, he hopes to gain entrance into stock car racing’s highest levels. He and his boss/manager Shannon (Bryan Cranston) get a loan from mid-level mafia boss Bernie (Albert Brooks) to fund their stock car operation.

Driver eventually meets and befriends his neighbor Irene (Carey Mulligan) and her son Benicio. Although they seem to be attracted to each other, and Driver starts helping raise Benicio, Irene will not cheat on her husband and Benicio’s father Standard (Oscar Isaac). Standard is released from jail and genuinely wants to change his ways, but is continually beaten by low level thugs to whom he owes money since they provided him protection while he was in jail. The thugs also threaten Standard’s family.

Driver eventually agrees to help Standard rob a pawn shop by acting as his wheelman. The thugs promise Standard’s debt will be repaid if he commits the robbery. It turns out that the robbery is a setup and Standard is shot dead while mysterious assailants chase Driver through the city.

It turns out that the thugs worked for Bernie’s business partner Nino (Ron Perlman). Nino had discovered that the pawn shop was a front for the east coast mafia, so he intended to have Driver, Standard, and a third thug rob the place to make it look like a low-level heist unconnected to him, and then kill all involved to cover his tracks. Bernie is pissed off, but agrees to help him try and kill Driver, the only one who survives. Bernie even ends up killing Shannon, his old friend who knew about Driver’s involvement with the heist.

Driver realizes that he, Irene, and Benicio will never be safe as long as the Bernie and Nino are after him. He shares a passionate kiss with Irene and reveals his feelings before going off to face the mob bosses. He ends up smashing Nino’s car off a bluff and drowning Nino in the ocean. He meets Bernie and gives Bernie the money for his promise that Benicio and Irene will never be hurt. They then stab each other at the same time, with Driver striking the fatal blow.

The film ends with Irene leaving the apartment, unable to find Driver anywhere (probably assuming he was killed), and Driver riding in his car silently into the night, truly alone. 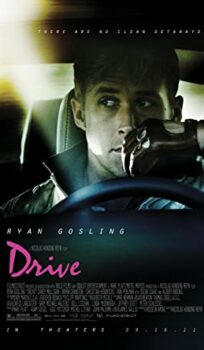