Raoul (Robert Beltran) had been having an affair with Mary, and comes to Paul and Mary’s apartment to murder Paul, so that he and Mary can run away together. But Mary still loves Paul, and kills Raoul with a frying pan. Moments later, the real estate broker who was helping them find a location for their restaurant arrives at their apartment. Realizing they don’t have any food on hand, they cook Raoul and serve him to the real estate man for dinner.

As the movie ends, we see photos of Paul and Mary in front of their cozy litle cafe. 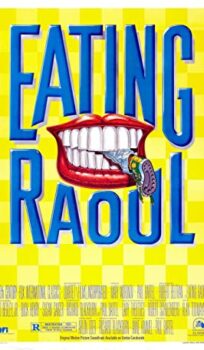