Mao Xiao Bing was assaulted by Ling Ling with a brick because his careless bike riding caused a pile of bricks to collapse and killed the dog Ling Ling secretly delivered to her mum and stepdad as a gift.

Mao discovers Ling Ling is deaf and she asks him to feed her fish while she is arrested. By going to her apartment he discovers that Ling Ling was his childhood friend and that they went to school together. Mao was sent away by his dad as a child and lost touch with her.

The police contact Mao and tells him Ling Ling cannot be charged with assualt as she suffers from a psychiatric disorder. Mao is curious how his friend became deaf and unwell.

Through her apartment, Mao finds out Ling Ling’s mother, a widow, married, Mr Peng, who operates the local movie theatre. They had a son and initially Ling Ling was jealous. Through her little brother being forgiving of her jealousy, he wins her over. Ling Ling is locked inside her room and forced to study when Mr Peng screens his very last movie before demolishing the theatre. Ling Ling’s brother sneaks her out, and they go onto Ling Ling’s favourite rooftop to watch the movie. Her brother accidentally falls off and dies. Mr Peng hits Ling Ling so hard he damages her hearing.

Ling Ling ran away but later tracked down her parents, purposely living close to them in a high rise apartment so she can use her binoculars (Mao’s gift to her) to spy on her parents but was still racked with guilt so she never contacted them. She has also been sending them money anonymously and sent them the dog to help their loneliness.

When Mao solves the puzzle, he visits her parents who have long forgiven her and just want to find her. They visit Ling Ling who is in a psychiatric recovery facility and screen an old fashioned movie for her and the patients and finally it seems she is at peace, reunited with people who love her.

PS – This movie is made up of scenes from old Chinese classic movies such as Railway Guerillas and Street Angels. Those who grew up in China in the 70’s and 80’s will find this a great movie to reminisce over. 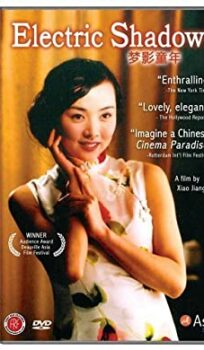