David, used to casually sexual flings, enters into a serious relationship with Consuela. It sours, however, over David’s refusal to take the next step of meeting her family.

They do not see each for two years. During this time, David’s close friend George O’Hearn (Dennis Hopper) dies and David’s son Kenneth (Peter Sarsgaard), with whom he always had a strained relationship over David’s infidelity to his ex-wife, becomes embroiled in an affair.

Consuela contacts David and, at his home, tells him she will need to have surgery because of a lump in her breast. David is upset, but agrees when Consuela asks him to photograph her breasts before they are “ruined” in the surgery.

David visits Consuela at the hospital after her surgery, where she tells him she will miss him. He tells her that he’s there, joins her in bed, and gently kisses her face.

The film flashes back to David and Consuela at the beach, where she told him she loved him. The film ends. 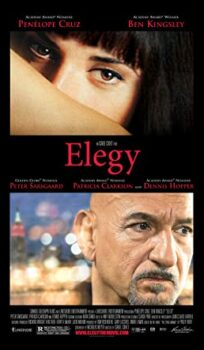