Andrew Boran is a military research scientist who is picking up strange signals from outer space.  He  manages to solve the code, and realizes the signals are telling of natural disasters on earth before they occur.  He also discovers that there are reply signals coming from a location on earth.  He and his wife go to that location and discover a convent.  The priest in charge (Christopher Lee) is friendly, and allows them free movement to search for the source of the signals.  They find nothing.  Andrew goes back to his lab and continues to decode the signals. He finds signals coming from earth that talk about him and his wife.

They return secretly at night to search the convent.  They are captured and brought back to the priest again.  The priest reveals that everyone in the convent are really aliens who came from another planet through a “time warp”.  They killed the priests and nuns and took over the convent, as a cover.  They are desperate to return home, but the machine is broken.  They need Andrew to steal a piece of military equipment from his workplace.  They will hold his wife prisoner until he brings it.

When Andrew returns with the equipment, the alien “priest” reveals their true mission.  They were sent to destroy earth, because it is viewed as a source of contagion or pollution in the galaxy.  They did not want to die in the destruction.  Now that they have their machine fixed, they can initiate the destruction of the earth, while returning safely home.  He leaves the portal open behind him, and tells Andrew and his wife that they are welcome to come live on his planet.  Andrew and his wife decide they have no other choice, and pass through the portal.  We cut to a view of earth from space, and the planet explodes. 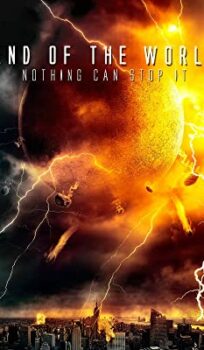