U.S. Marshal Robert Deguerin (James Caan) is a traitor.  He and Undersecretary of Defense Daniel Harper (Andy Romano) are the masterminds behind the Cyrez Corporation plot and are responsible for the witnesses being killed.  U.S. Marshal John Kruger (Arnold Schwarzenegger) learns of his treachery but Deputy Monroe (Danny Nucci) is killed after Kruger is drugged by Deguerin.  Kruger learns that Deguerin is planning to kill the last key witness, Lee Cullen (Vanessa L. Williams) but he escapes from the plane and rescues her where she is being chased at the zoo.  Unfortunately, Deguerin takes the opportunity to frame John and Lee, leaving Chief Beller (James Coburn) relatively unconvinced.

John and Lee enlist the aid of Johnny Castelone (Robert Pastorelli) and break into Cyrez Headquarters to access the data on Cullen’s disk:  1,000 of the lethal EM guns are being shipped off to terrorists on the black market.  When they try to escape Lee is captured.  John and Castelone go to the docks where the deal is taking place and enlist the aid of Castelone’s cousin Tony “Two-Toes” (Joe Viterelli) and his two buddies, Sal (John Snyder) and “Little” Mikey (Tony Longo).  They go to the docks and John wrecks havoc.  Lee is rescued, the weapons shipment is stopped, Deguerin is arrested, and John and Lee’s names are cleared.  But it’s not over… 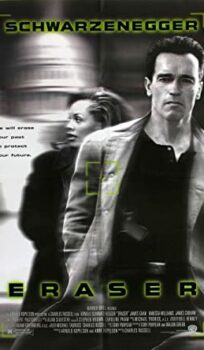