The film (part ghost story, part family drama) is told through the eyes of young Alexander Ekdahl, whose life becomes hell when his widowed mother marries a tyrannical and abusive man. Alexander, his sister Fanny and their mother are the mercy of the abusive stepfather until the stepfather himself dies. (I believe Alexander may have caused the death himself using “supernatural” influence.) The children and their mother return to the loving Ekdahl family. It seems like everything has ended happily, until Alexander is alone in the living room and the ghost of his stepfather beats him and he falls to the floor. It appears that the stepfather will continue to abuse Alexander, even in death. 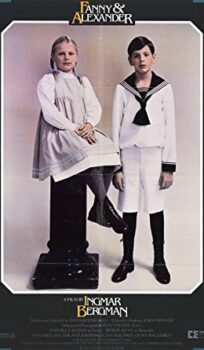