Five guests – Gwen, Melanie, Patrick, JD, and Brax – arrive on Fantasy Island, run by the mysterious Mr. Roarke (Michael Peña). The guests are allowed to live out their most personal fantasies, but at a price.

Gwen is sent back in time to stop an apartment fire she accidentally caused and to save the victim, Nick Taylor. The others were there at the scene in some capacity, with JD and Brax running away from the scene instead of helping Nick, and Patrick (a former cop) preferring to wait for the firefighters to show up, at which point Nick was already dead. Melanie was supposed to go on a date with him but stood him up. They believe that they are all in the same fantasy of Julia’s, Roarke’s assistant whom they believe is Nick’s mother. It turns out Julia is really Roarke’s late wife, and she is only alive because his fantasy is to keep living with her. Melanie is the true mastermind behind the fantasy, as she snapped from Sloane’s bullying and blamed the others after Nick died. Roarke is convinced by Julia to let her go, and he helps the gang out by telling Sloane that she still has a fantasy to live out, and Sloane makes it so that Melanie and Nick end up together. Nick’s ghost pulls Melanie into the fountain of water that creates the fantasies, but before she dies, she throws out a grenade to kill the others, and Patrick sacrifices himself to save the others by throwing himself onto the grenade.

Gwen and Sloane prepare to go home. Brax stays behind because his fantasy is for JD to return home safely since he was killed by the thugs. Brax becomes Roarke’s new assistant and goes by his old nickname: “Tattoo”. 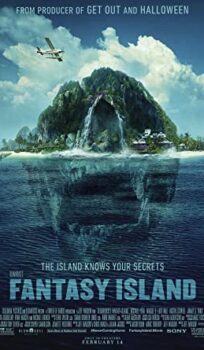