Christian (Jamie Dornan) surprises Anastasia (Dakota Johnson) while she’s visiting her mother and they spend a romantic time together. However he is called back to Seattle unexpectedly.

When Anastasia comes back to his apartment he’s clearly distracted and angry about a phone call. They have sex and afterwards Anastasia tries to talk to him but he shuts her out. She demands to know why he needs to hurt her and asks him to show her how bad his punishments can be so she’ll know what he’s really asking of her.

He beats her six times with a belt, afterwards she starts to cry and tells him he’ll never touch her like that again. Later that night he comes to her room and she admits she loves him and that she needs him to leave.

The next morning Anastasia returns all the presents he’s given her and starts to leave. As she approaches the elevator Christian goes after her but she firmly tells him no, stopping him in his tracks. She enters the elevator and the doors close. 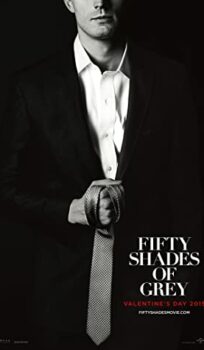