Jake (Christopher Collet) sees himself forced to lead Sam (Peter Weller) to the hideaway ruins where he had hidden the drugs, in an effort to fend the dangerous, violent dealer off his and his family’s lives.  They come upon the whole stash, which Sam joyfully checks and notices in good condition.

On the way back home, Sam blabbers his way about “doing what it takes to make it right” to a despondent, tearful Jake.  When they return, Wendy (Teri Garr) tries to kick Sam out for good; but he menacingly puts his foot down about not going anywhere, and a fight ensues.  He attacks Wendy; Jake goes at him to pull him off his mother and he starts mercilessly beating the teen.  Brian tries to club him away with a baseball bat, to which he reacts tossing the boy against a wall.

Eventually, just when Sam is about to finish Jake off with that same bat, Jake reacts, fights back, gives Sam a well-deserved pounding and sternly orders him: “Get out!  If you ever come back again, I’ll kill you!!”.  When Wendy comes behind and also sends him off, he understands they mean business.  He gets up, grabs his belongings and leaves.

The movie ends with Wendy, Jake and Brian watching from the living room window, as Sam finally drives away, exchanging looks and embracing each other lovingly, thus reassuring their family unity. 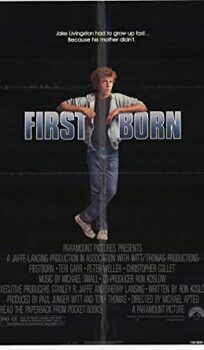