The dying Sensei of the Poison Clan sends his last student out into the world to locate a treasure and find out which of the former students have not gone evil.

The fellow police officer of the Lizard finally reveals himself as the Scorpion who had earlier wasted the Toad.  The Lizard and the Student team up to defeat the Scorpion, the Snake, and the Centipede.  They then resolve to use the treasure to atone for the Poison Clan’s crimes! 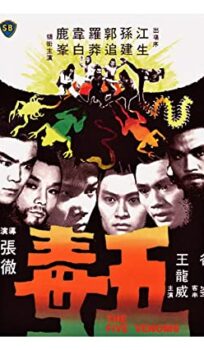