Just as Captain Whip Whitaker (Denzel Washington) is about to get off scott free at the NTSB hearing, absolving him of the crash, Ellen Block (Melissa Leo) brings up the empy vodka bottles. Considering that they cannot bring up the Whitaker toxicology, they surmise that Katerina (Nadine Velazquez) was the one that was drinking on the job. Whitaker, who was also Katerina’s lover, can’t bring himself to say that she was drinking. Whitaker then confesses that he was drunk at the time of the flight.

The film ends with Whiaker in jail, recounting his story to a prison counciling group. Whitaker has reconnected with Nicole (Kelly Reilly), a heroin addict that has decided to clean up her act, and he also reconnects with his family. 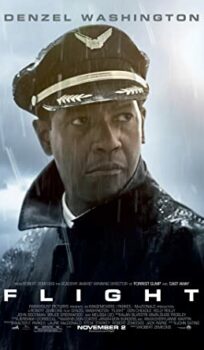