From the Earth to the Moon

Barbicane (Joseph Cotten) and Nicholl (George Sanders) successfully land on the moon, but their attempt to save the lives of Virginia Nicholl (Debra Paget) and Ben Sharpe (Don Dubbins) by splitting the spaceship in half turns their voyage into a one-way trip. While orbiting the “dark side” of the moon, Virginia and Sharpe see the explorers’ signal flares, but are immediately killed thenselves when their portion of the craft explodes. Back on Earth, while most folks believe that Barbicane’s entire moon voyage is a hoax, Jules Verne (Carl Esmond) makes the comment that one day, when the next voyage to the moon is undertaken, he’s confident that the evidence of Barbicane’s landing will be found. 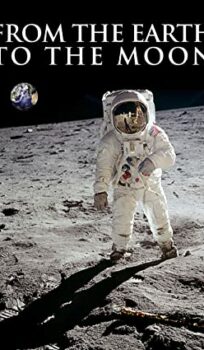