Eventually, Cohen figures out their identities; he has Keeler killed and shoots up O’Mara’s home, while the Squad barely survives a hit on them in Chinatown.

The five remaining men face off against Mickey at the Park Plaza Hotel. Kennard dies in the gun battle.

O’Mara confronts and defeats Mickey in a bloody fist fight. Cohen goes to prison after Grace testifies in court that she witnessed him killing a man in cold blood.

Jerry and Grace stay together; Ramirez and Harris become beat cops, and O’Mara retires from the police force to live in peace with his wife and newborn son. 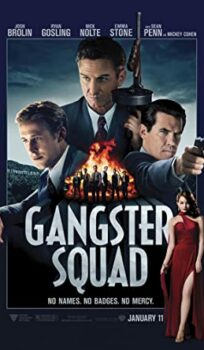