Maxwell Smart (Steve Carell) and Agent 99 (Anne Hathaway) are not double agents.  Agent 23 (Dwayne ‘The Rock’ Johnson) is a double agent.  Agent 99 had the relationship, that went so badly she had to change her face, with Agent 23.

Siegfried (Terence Stamp) planted the bomb in the piano of the orchestra where the President (James Caan) is in the audience.  The bomb is going to go blow at the end of Ode To Joy.  Max, Agent 99 and The Chief (Alan Arkin) stop the orchestra before they play the last notes.

Max and Agent 99 live happily ever after with the little dog that Max was swooning over in the pet shop.

Hymie (Patrick Warburton) makes a short appearance at the end.  Possible lead-in to a sequel? 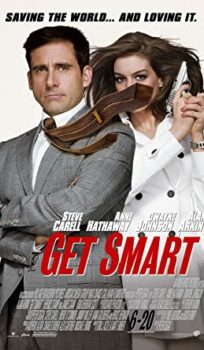