Long Ending:
Although the film is told in a series of flashbacks, this pooper presents the film in chronological order.

Gabriel Grimes (Ving Rhames) is a young Black man living in the Deep South in the early 1900s. He drinks and carouses with women, much to his religious mother’s (cameo by Ruby Dee) chagrin. His responsible sister Florence decides to move to New York after her best friend Deborah (CCH Pounder) is raped by a gang of white men. Now responsible for his mother, Gabriel has a religious awakening and becomes a successful preacher.

Although Deborah is shunned by the Black community because of her rape, Gabriel falls in love with her and they get married. Gabriel is patient with Deborah and respects that she has been traumatized by the experience. However, Gabriel also has a tryst with a woman named Esther (Alfre Woodard) that leaves Esther pregnant. Gabriel hides his sin from the community and pays Esther to leave the town after she gives birth to their baby, Royal. Before she leaves, Esther berates Gabriel and says their child will never know him as his father and will not be raised as a Christian.

As the years pass, Esther’s prophecy comes to pass. Gabriel never claims responsibility for his son, and Royal (Kadeem Hardison) grows up with contempt for Gabriel (now played by Paul Winfield) and his church. One night, Royal is found murdered (apparently killed by a mob of white men). A tearful Gabriel finally confesses to Deborah that Royal was his son. An irate Deborah (who is infertile) chastises Gabriel, telling him that if he had told her years ago, she would happily have raised Royal as their own. Deborah dies soon afterward, disillusioned about her relationship with Gabriel.

With nothing left for him in his hometown, Gabriel moves to Harlem to reunite with Florence (Rosalind Cash). There, he meets and falls in love with Elizabeth (Olivia Cole). The pair marry and he takes responsibility for her infant son John, whose father committed suicide (and never married Elizabeth). The couple also has a child together named Roy. Gabriel works as a deacon for a small local church where the congregants engage in ecstatic prayer worship. John never learns that Gabriel is actually his step-father.

As time goes by, Gabriel becomes withdrawn and stern. Although John (James Bond III) is well-behaved, Gabriel is tougher on him than to Roy (Rodrick F. Wimberly) despite the fact that Roy is disobedient and hangs out with a rough crowd. Both children resent Gabriel’s tough nature and question their faith. John becomes incensed with his father after Gabriel demands he returns an award he earned for a school project (Gabriel claims that White people giving awards to Black people is indicative of sinister ulterior motives).

Things reach a head when Roy is stabbed (and receives a flesh wound) during a fight with some local White boys. Gabriel blames everyone but himself for this turn of events, slaps Elizabeth, whips Roy with a belt, and even threatens Florence. Elizabeth later confronts Gabriel and tells him that he has broken his promise to love John as a real son and treat her with respect. If he continues his self-destructive path, Elizabeth threatens to leave him. Gabriel sends John to prepare for that night’s church services. At the church, he gets in a fight with fellow parishioner and friend Elisha (Giancarlo Esposito) to let loose his frustrations.

During the service, Florence (who hasn’t been to church in many years) has an emotional breakdown and finds relief in prayer. Elizabeth weeps, and Gabriel is withdrawn. As the all-night service reaches its zenith, John collapses. The congregation rushes to his side and Elisha cradles him in his arms. A light appears on John’s face and he regains consciousness, saying he is saved. Everyone in the congregation but Gabriel embraces him. The family walks home together in the light of dawn, all but Gabriel seeming spiritually lifted. As the others go inside to check on Roy and make breakfast, Gabriel stays outside with John. The pair try and reconcile, but lack the words needed to do so. In narration, John states that while his relationship with Gabriel never fully recovered from that day, he did gain his faith. 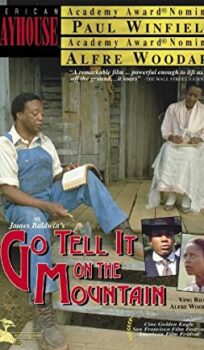