Ahmed Al Hassama (Mohammed Alkhaldi) is given his suicide mission, to detonate a van full of explosives at a synagoge during prayers. As he’s about to detonate, he’s overcome with thoughts of his wife and son and leaves the scene, telling his handlers “I can’t do it.” He returns home and flees with his family, unaware that David (Israeli intelligence) has published his identity to the media and is pursuing him too. David plans to follow Ahmed to find his leader, knowing his fellow terrorists will capture and kill Ahmed.

The terrorists abduct Ahmed from the airport just as David arrives, undetected by them, and David follows them to their base. The leader prepares to execute Ahmed and calls him a traitor.

Ahmed finally realizes that it was this same leader who had recruited him, not “the Jews” as he’d been told, who murdered his parents when he was a child.

David arrives, and there’s shootout, leaving only David and Ahmed alive. David has Ahmed at gunpoint and Ahmed silently surrenders. David makes no move to arrest or kill him, and allows Ahmed to walk away. 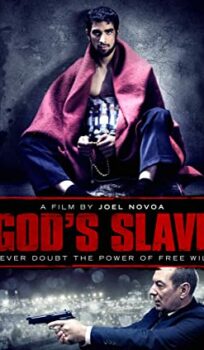