Jill (Amanda Seyfried) was kidnapped by a man in the woods and later escapes. Due to the fact that she was kept in a deep hole in the middle of the woods and couldn’t help police find where she was held, they label her as crazy, and believe she made the whole thing up.

Jill is now living with her sister, Molly (Emily Wickersham) and is begining to adjust.  While Jill is at work, her sister is kidnapped. Jill goes to the police but they don’t do anything to help. In fact, they spend the entire film trying to find and arrest HER; making her search that much harder.

Jill manages to track down the kidnapper, and he leads Jill back to the same hole where she was originally held. Expecting to find her sister, she finds a dummy. Before she can get away, she is pushed into the hole. The kidnapper uses a rope ladder to climb down into the hole. Jill and the kidnapper fight briefly and she shoots him twice and escapes, yet again; pulling up the rope ladder with her, trapping him in the hole.

Once out, she demands to know where her sister is. He tells her that Molly is tied up under the house, and has been there the whole time. As he is telling her this, Molly escapes on her own and runs to her boyfriend, and the detectives that are waiting at the house, to arrest Jill.

F.Y.I.: The kidnapper is never identified in the film. He is however listed in the credits, on IMDB, as…Jim (Socratis Otto). 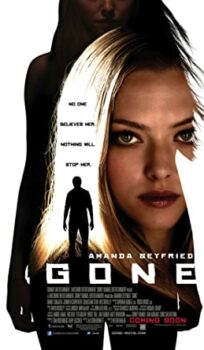