The unnamed man (Jason Ritter) is able to get the unnamed woman (Marianna Palka) to come out to some place other than the movie store he works at, and as they are walking back to her apartment, she pins him against a fence and starts kissing him for the first time while stating (more or less) that she wants to get physical with him. However, when they start getting down to business in her bedroom, she quickly chastises him when he gets an erection since he had promised her a while back that he would never experience one while with her, and then she forces him out of the room. She emerges a while later and approaches the man seemingly wanting to try again, but the man doesn’t get too far on this attempt, either. The woman orders him to leave her apartment for good as she breaks down crying, so he does, and he ends up lodging with his boss Eric (Eric Edelstein) since he has nowhere else to go.

While the man spends the next several days feeling downhearted, the woman decides to make a few changes in her life, such as getting a job in a coffee shop. She then dresses up nice and pays a visit to her father (Tom Arnold) at the art gallery he curates. She tells him that she has gotten a job and is also moving into a smaller apartment, but she utterly refuses to give him any details on either. She also says that she has closed the bank account he had set up for her, and then surrenders the keys to the car he gave her, obviously intending to make a clean break from him. As they converse some more, we come to realize that her father has sexually abused her more than once throughout her life, which is what caused her to become an abrasive and defensive introvert repulsed by sex and relationships. Before she leaves, she warns him against trying to look for her, because if he does try, she will tell the police, the press, and his clients all about his disgusting acts, and she lastly states that she doesn’t love him.

She then walks all the way to the video store and finds the man, and she whispers something in his ear that is inaudible to the viewer but results in them both crying happily. They hold each other close and touch heads, signifying the restoration of their relationship. 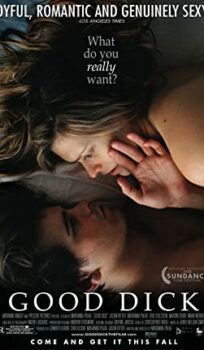