SHORT VERSION
The four friends get away with the robbery. Jackson (Chris Lowell) hid the money in Carl’s safe deposit box. Polly (Shannon Lucio) goes to Harvard and decides to never return home. Carl (Chris Marquette) can now pay for his mother’s medical treatments, and continues his relationship with Suzy. Chauncey (Riley Smith) goes to a state college, and knows that his relationship with Polly is probably over. Jackson becomes a professional bank robber.

LONG VERSION
Four best friends – Carl, Polly, Chauncey, and Jackson – are about to graduate from high school. Polly (who has been accepted to Harvard) and Chauncey (who wasn’t) are dating, Carl is a huge fan of Iggy Pop and the Stooges and looking for a date to the prom, and Jackson doesn’t know what to do with his life. Carl’s mother has cancer, and her insurance has cut her off, so she needs $100,000 to continue her treatment. Polly, who recently learned that her banker father (Adam Arkin) is having an affair with the head teller, decides the best way to come up with the money is to rob her dad’s bank. They will pull off the heist on graduation day, so they can have an alibi. Polly is able to get copies made of her dad’s keys to the bank and vault, and the foursome put a plan in motion. Meanwhile, Carl has fallen in love with Suzy, a bank teller who is also a Stooges fan and she goes to the prom with him. Also, Polly has started to fall for Jackson, and Chauncey knows it.

On graduation day, the foursome go to the bank to pull off the heist, thinking it will only take a few minutes. Things begin to go wrong as soon as they open the vault: they discover a second locked gate inside it that Polly didn’t know about. The team is ready to abort the plan, but Jackson says that he could cut through it with a blowtorch in a few minutes. Carl leaves to get a blowtorch from his home, and Polly also leaves to give the valedictorian speech at the graduation ceremony. At this time, Chauncey confronts Jackson about Polly. Chauncey gets the gun from the office of Polly’s dad just as Carl returns with the blowtorch. Jackson quickly opens the gate and begins to collect the money, but Suzy then arrives at the bank to begin her shift. Carl sees Chauncey with the gun and, not wanting to turn this into a hostage situation, tells Suzy to leave and not tell anyone what is happening. Chauncey attempts to stop them and accidentially shoots Carl.

The police interrupt the graduation ceremony to inform Polly’s dad that his bank is being robbed. Everyone goes to the bank, where the entire town’s police force has it surrounded. Meanwhile, Jackson, who sees that this situation will end badly, quickly launches a Plan B. He pretends to the be the lone bank robber with several hostages. He wants pizzas delivered inside the bank by Polly, and he will release two of the hostages. Polly agrees to do it, and as she enters the bank with the pizzas, Suzy and the wounded Carl are let out. They tell the police that there is one gunman and now three hostages. Jackson has taken some of the money, and will burn the rest, so the bank will get the FDIC insurance money. The three of them cut a hole in the floor to expose the drain pipe that was to be their escape route, and then tie themselves up. When the police break into the bank, they find Polly, Chauncey, and Jackson tied up and claiming that the robber went into the drain pipe. The three of them are let out of the bank as the sprinklers are going off to put out the fire set by the burning money.

The next day, Polly confronts her dad about the affair. She later decides that, once she leaves town to go to Harvard, she will never return. That same day, Carl goes to the bank to open his safe deposit box, and discovers that is where Jackson hid the money. Once he figures out a way to launder the money, he can now pay for his mother’s treatment. He also continues his relationship with Suzy, who learns that she was not being used by Carl for the robbery as she originally thought: he really fell in love with her. Chauncey decides to go to a state school, and wants to continue his relationship with Polly, but knows it will probably end when they leave town. Jackson, now knowing what he wants to do with his life, decides to become a professional bank robber. The movie ends with Jackson working in another bank while he prepares to rob it. 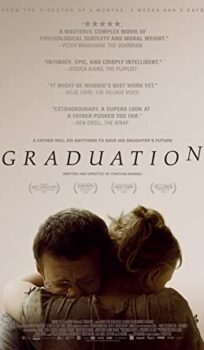