Warwick (Stephen Macht) and his basement clean-up crew discover a subterranean maze of abandoned tunnels underneath the textile mill, and there they find out the source of the murders: A large, carnivorous mutant bat.

The creature kills all but John (David Andrews) (except for Jane [Kelly Wolf], who was murdered by Warwick while he was in a fit of insanity), who manages to find a way out of the tunnels back into the mill. The creature follows him, but while trying to get him, it gets its tail caught in the cotton-picking machine. John turns it on, and the creature is pulled into it and ripped to shreds. 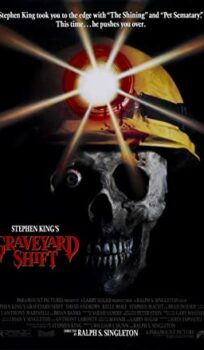