Pooper:
Astronaut Ryan Stone (Sandra Bullock) returns to Earth in a capsule she salvages from the Chinese Space Station.

Kowalski’s maneuvering unit runs out of fuel and he lets go of Stone after she gets tangled in the parachute lines of the Soyuz capsule that is attached to the ISS.

Stone enters the ISS, but is forced to leave one orbit later as she is untangling the parachute lines from the ISS when it passes back through the debris storm. Stone attempts to commit suicide by lowering the partial pressure of oxygen in the Soyuz, but she has an hallucination of Kowalski entering the capsule and reminding her that the Soyuz entry module’s landing jets can propel her towards the Chinese space station.

Stone uses this technique to reach the Chinese Space Station, where she enters the remaining escape module that is similar to the Soyuz. As the station enters the atmosphere, Stone manages to detach and she splashes down safely in a lake. She swims free of her spacesuit and crawls up to the beach where she stands up on the shore. 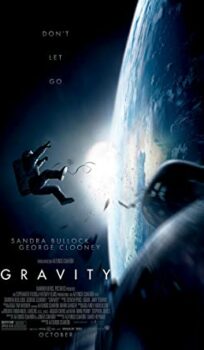